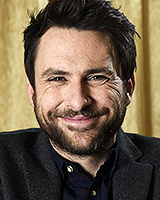 Charles - From the Germanic name Karl, which was derived from a Germanic word meaning "man." However, an alternative theory states that it is derived from the common Germanic name element hari meaning "army, warrior."
Peckham - From the location Peckham in Kent, England, which means "homestead by a peak or hill."
Day - The English translation of the original Italian surname "Del Giorno."